Written by Kathryn Davis
Filed under
Cuba, Travel
Previous / Next In 2017 we took the family to CUBA for an educational trip with all 3 children, then ages 9 to 11, and my best friend and her mother.

My 9-year-old daughter wrote this summary of our trip for her 3rd grade class on her return.

“Over President’s Day I went to Cuba, I learned the history of Cuba.  When my mom and I hopped off the airplane it was like we travelled through time and ended up in the 50s.  All the cars were old fashioned and bright colors such as red, pink and green.  The buildings looked like they had once been clean and new and now they look abandoned.  Me (sic) and my family went for a walk on the river and waves kept splashing over us.  For dinner, we went to a restaurant that served very different food.  Barrett my brother ate duck for an appetizer and rabbit for a main course!  There is no internet and no ATMs so my mom had to bring a lot of money with her. Today is the last full day I have in Cuba.  I went on a tour of a cool museum and found out lots of cool things. My trip in Cuba has been fun, although sometimes I have to bring toilet paper whenever I want to go to the bathroom, because there is NO more.”

by Ernest Hemingway, The Old Man and the Sea 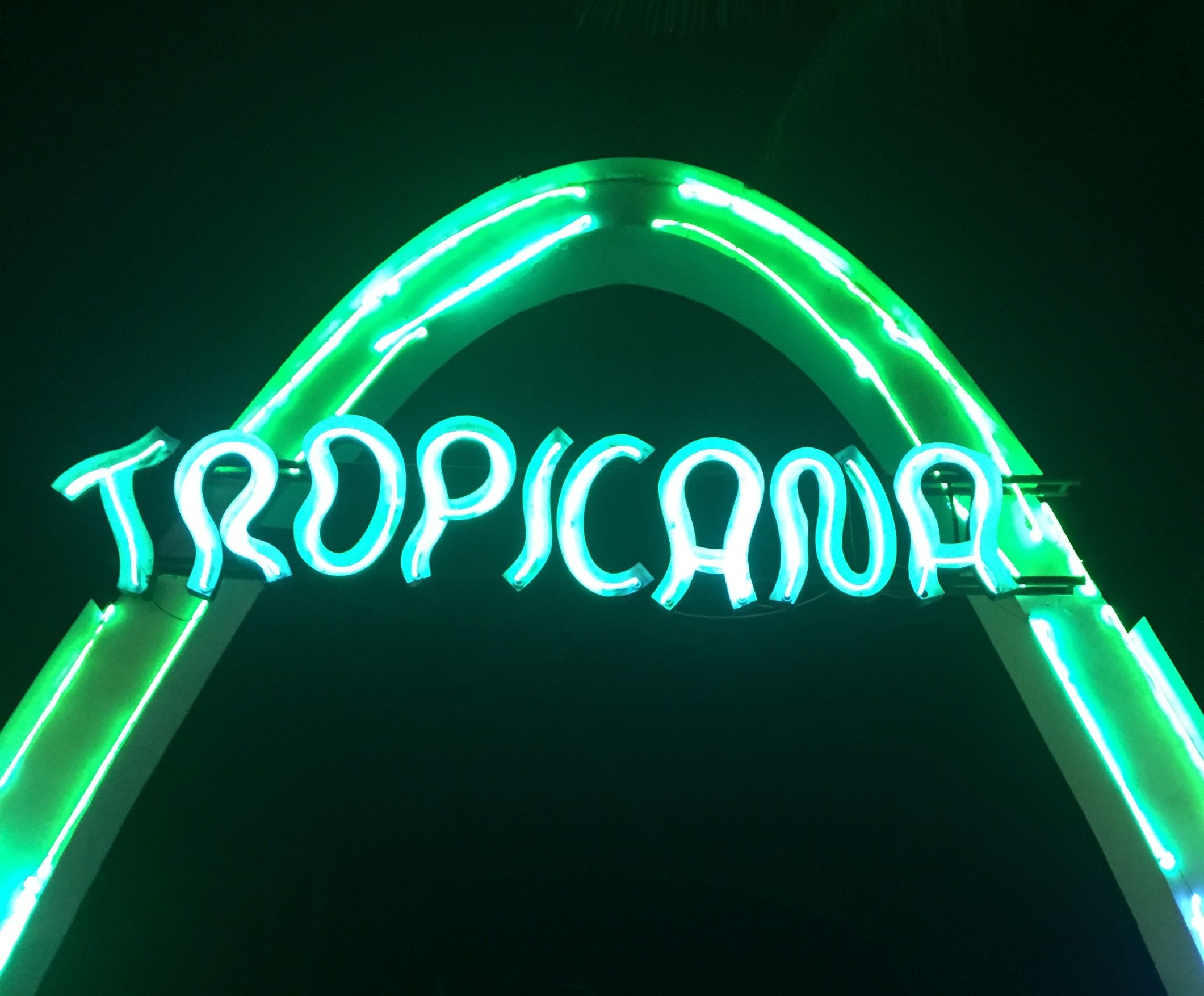 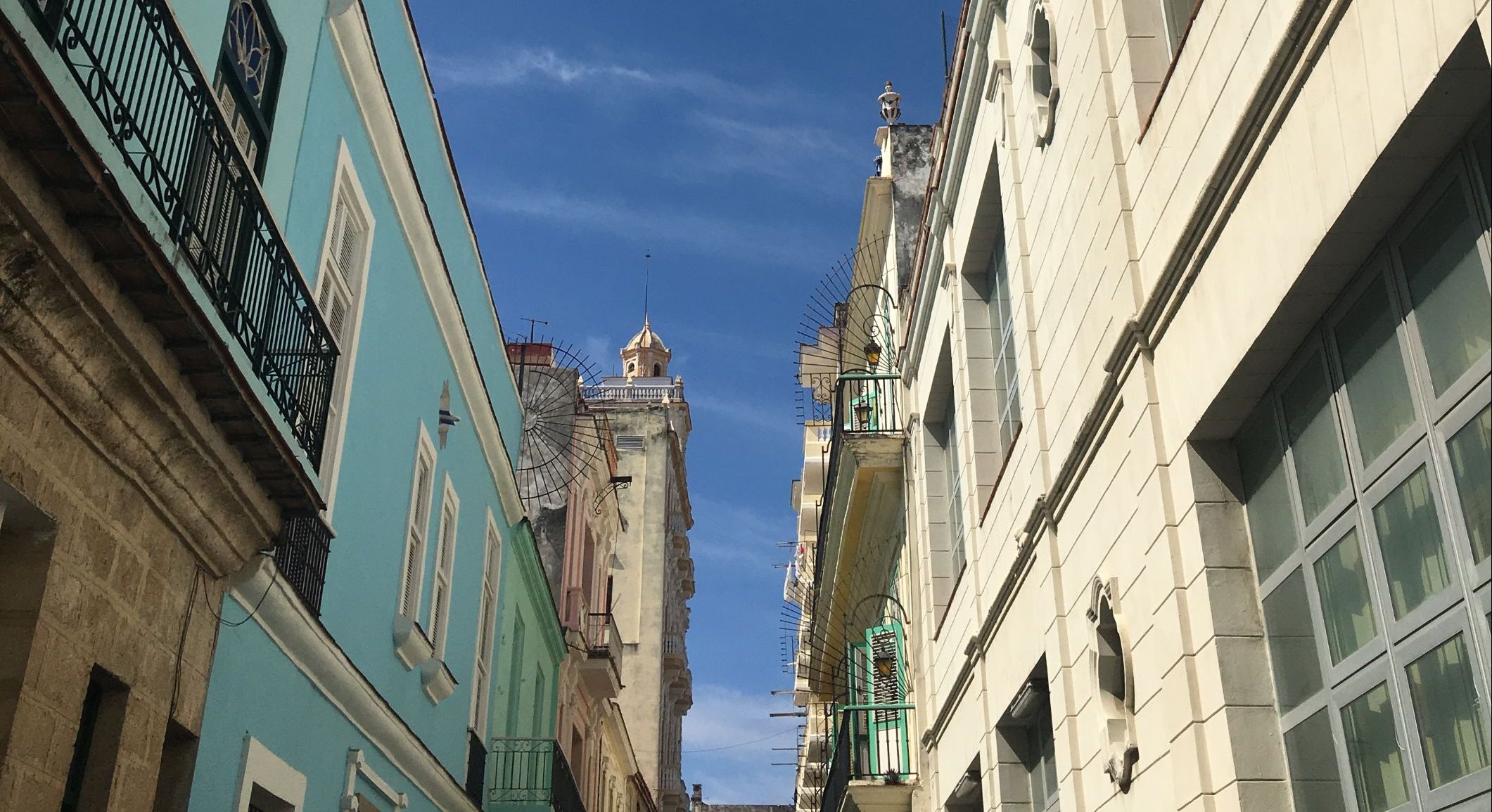 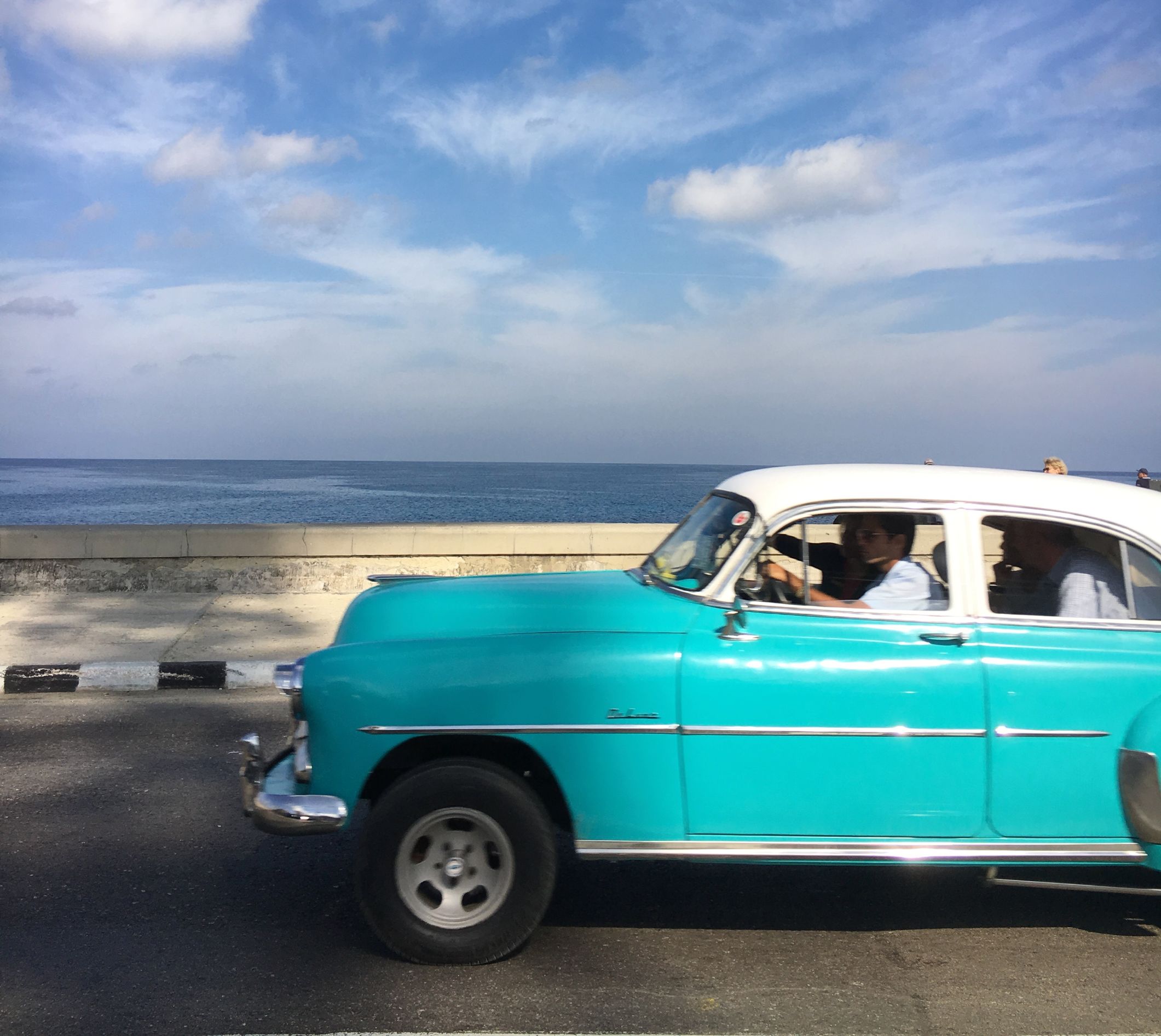 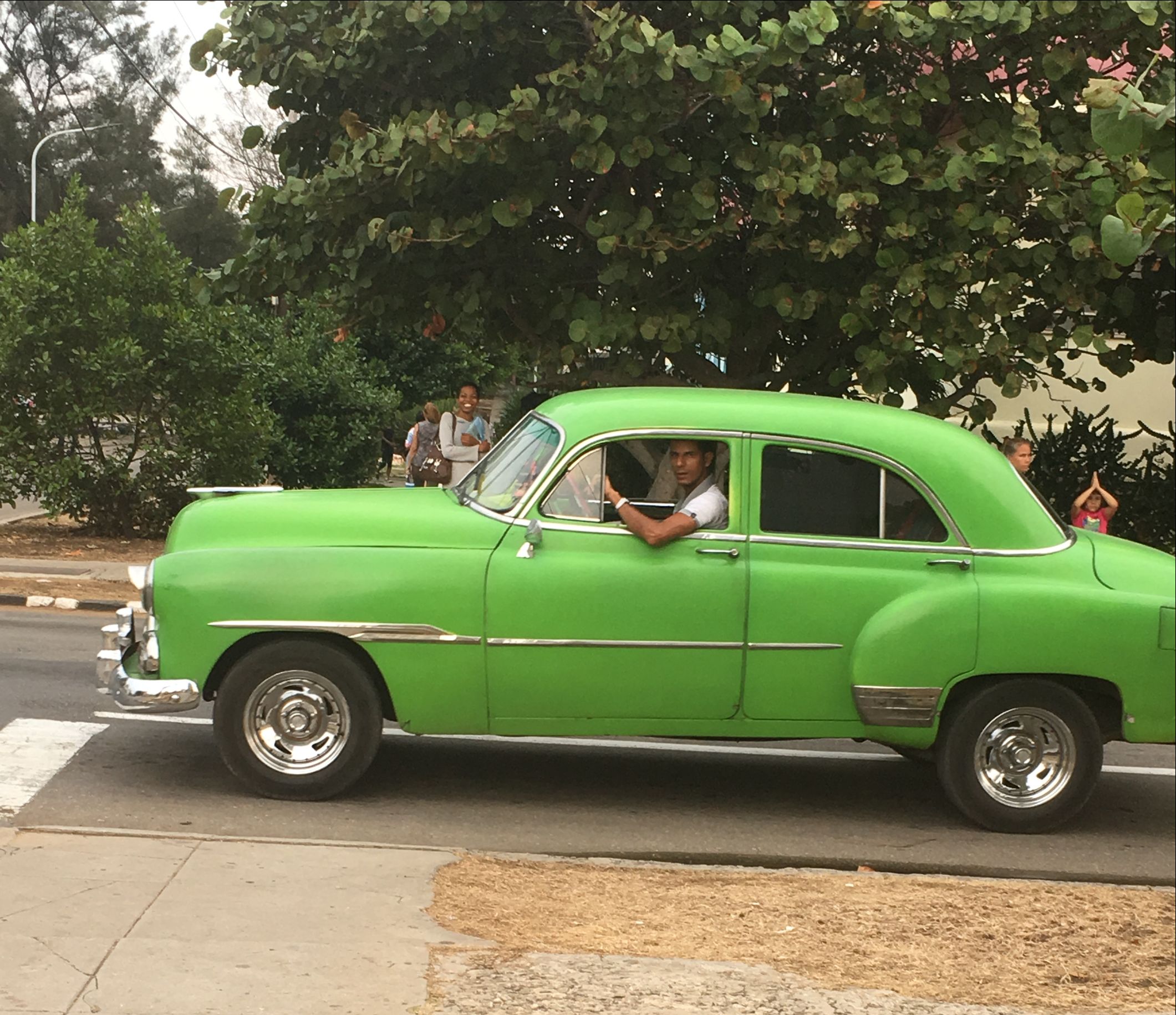 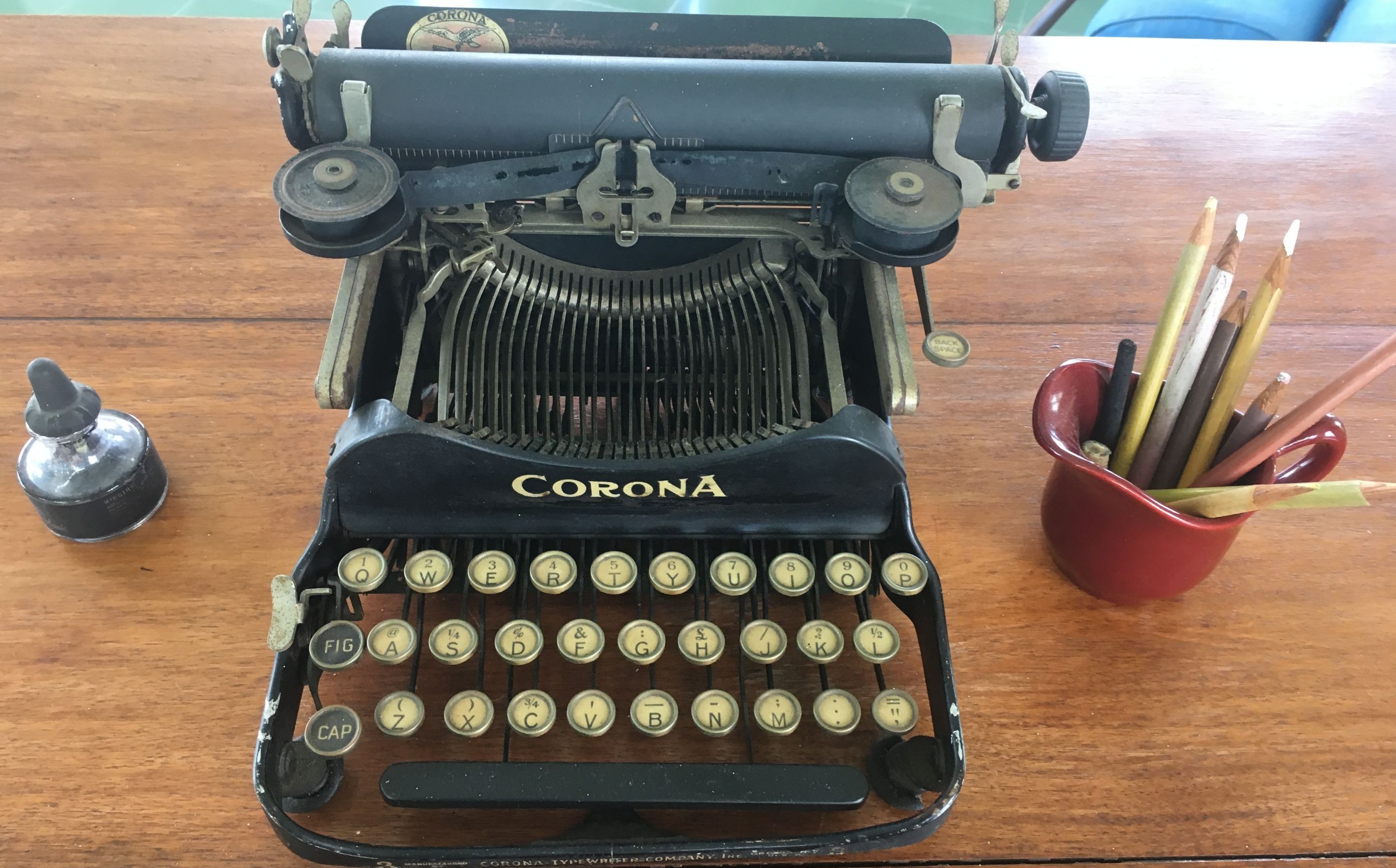 I think my third grade daughter’s impressions of Cuba bring to light the many interesting aspects of Cuba- the beauty of the land, the beautiful architecture literally crumbling in front of us, and the social and economic impact of a first world country that literally closed itself off from the rest of the free-market economies of the world in 1959 and is just now beginning to change again.  (She is correct, there is no toilet paper even in the national museum and a person stands by the entrance handing out little squares for a tip).

It really does feel in many ways like stepping into the past- all the old cars driving by, the old architecture, the lack of technology, internet, televisions.  The culture also shows the repercussions of the 1959 revolution, when Castro took control of the government and nationalized everything.  Our tour guide explained how wealthy Europeans and Americans had to leave and literally left keys in their cars at the airport because they knew everything would just be taken away and there was no point in even locking up.  There was so much jewelry and furniture and possessions left behind.  The history is fascinating, and even a quick brush up on the Cuban revolution on Wikipedia would make the trip more impactful for anyone.

Because of the lack of information about the free world, the people did not have access to internet, movies, television and so there is also a lot of propaganda we would hear.  Everything is free, and the people are proud of that- health care, even homes, all given by the government, but then there is no aspiration to anything more.  There is no point in working for anything because there is nothing better to have.  There are very few stores that we saw, and even in grocery stores hardly anything to buy.  We went to 5 stores just looking for bottled water- there wasn’t any, because everything is allocated by the government, not driven by supply and demand.  My children really picked up on this concept, and the real-life education of the impact of a communist government on a country and people was invaluable.  The people we met along the way were friendly and nice. Even when people tried to sell us bananas, or came up begging, we always felt safe.  When asking us for help, the people did not ask for money- literally there is nothing to buy.  Money doesn’t matter as much as things.  They would ask us for shampoo, toys, clothes, because those are things you cannot get easily in Cuba.  Education, homes, health care- but not the basic things we take for granted at home.

We loved the weather, the beaches, the buildings, and the charming architecture.  But the most impactful part of the trip for us was experiencing a different government system first hand, and the impact on a country, in contrast to what we expect and are used to at home.  When we walked into Newark after going through customs- we had culture shock in the reverse.  All the restaurants, bars, store, kiosks- there was more to buy and eat just in 5 minutes at Newark than we had seen in a week.  My daughter commented “Imagine what a person in Cuba would think if we put them in this airport”.  Our trip got everyone thinking, we learned some interesting lessons about capitalism and how grateful we are for a country where achievement is rewarded. Given the negative political climate the children have experienced this year, it was interesting to ese an alternative to democracy and look at the American system in that light. 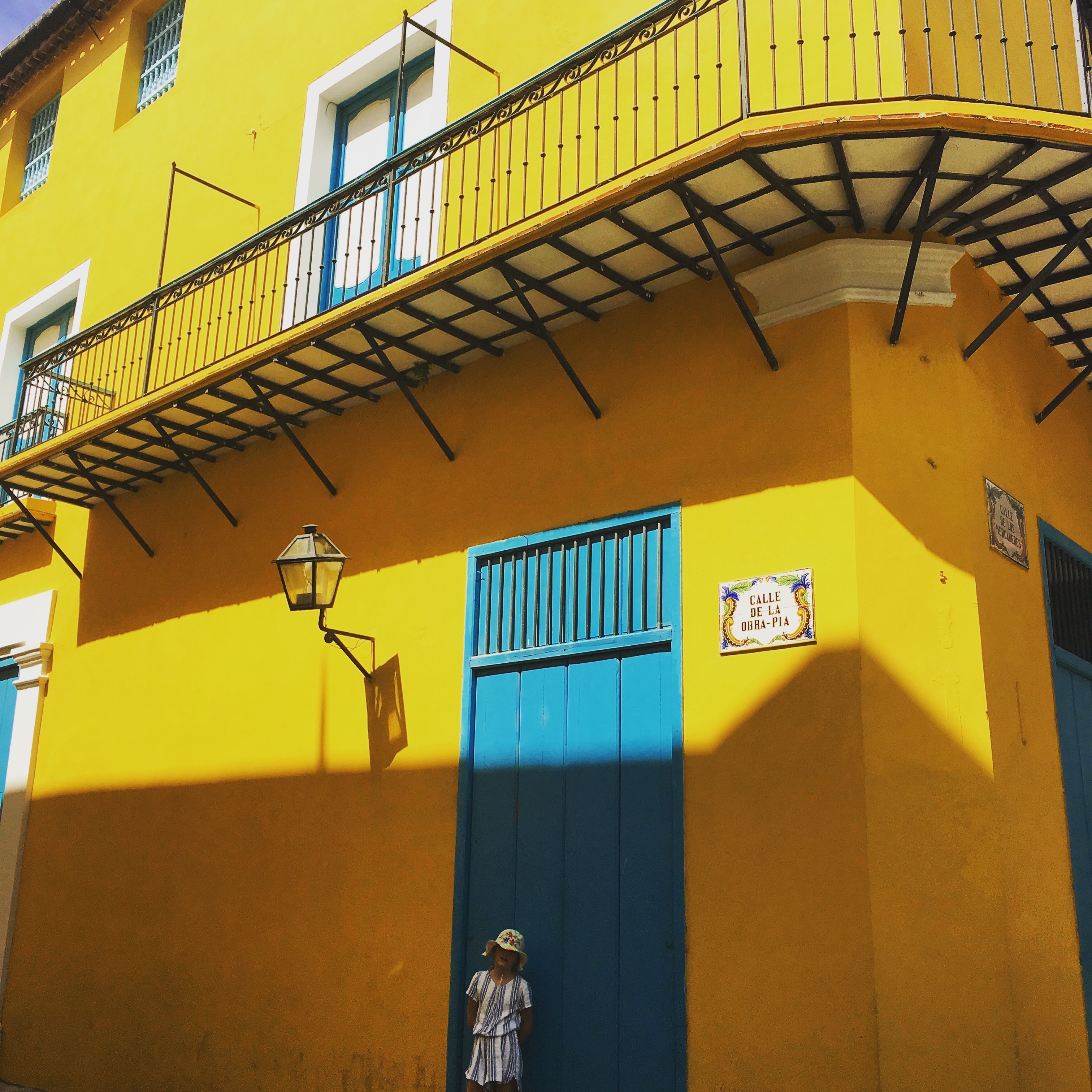 Where to Stay and Eat

For dinner our favorites were:

Paladar El Cocinero, located in Vedado.   After-dinner we went next door to hear Live music and see art exhibitions at the Fabric de Arte Cubano next door to the restaurant.

Paladar “La Guarida”, located of the famous Cuban ﬁlm Strawberry and Chocolate.  We absolutely loved this restaurant, and if you still have more energy Cubans go late into the night so there is always live jazz music at La Zorra y el Cuervo Jazz Club, located in Vedado.

We also went to the renowned cabaret Tropicana beginning at 10:00pm, which was a hoot, complete with dancing on stage.

No trip to Cuba would be complete without a trip from your hotel in old classic cars from the 50’s to dinner.

For Lunch: our favorites were Paladar Al Carbon located in Old Havana, and Paladar Cafe Ajiaco, located in Cojimar

We stayed at the Paseo 206 Hotel , which is a newer boutique hotel.  The famous old hotel Hotel Nacional de Cuba, has lost some of it’s elegance, but it was fun to visit for a cocktail. 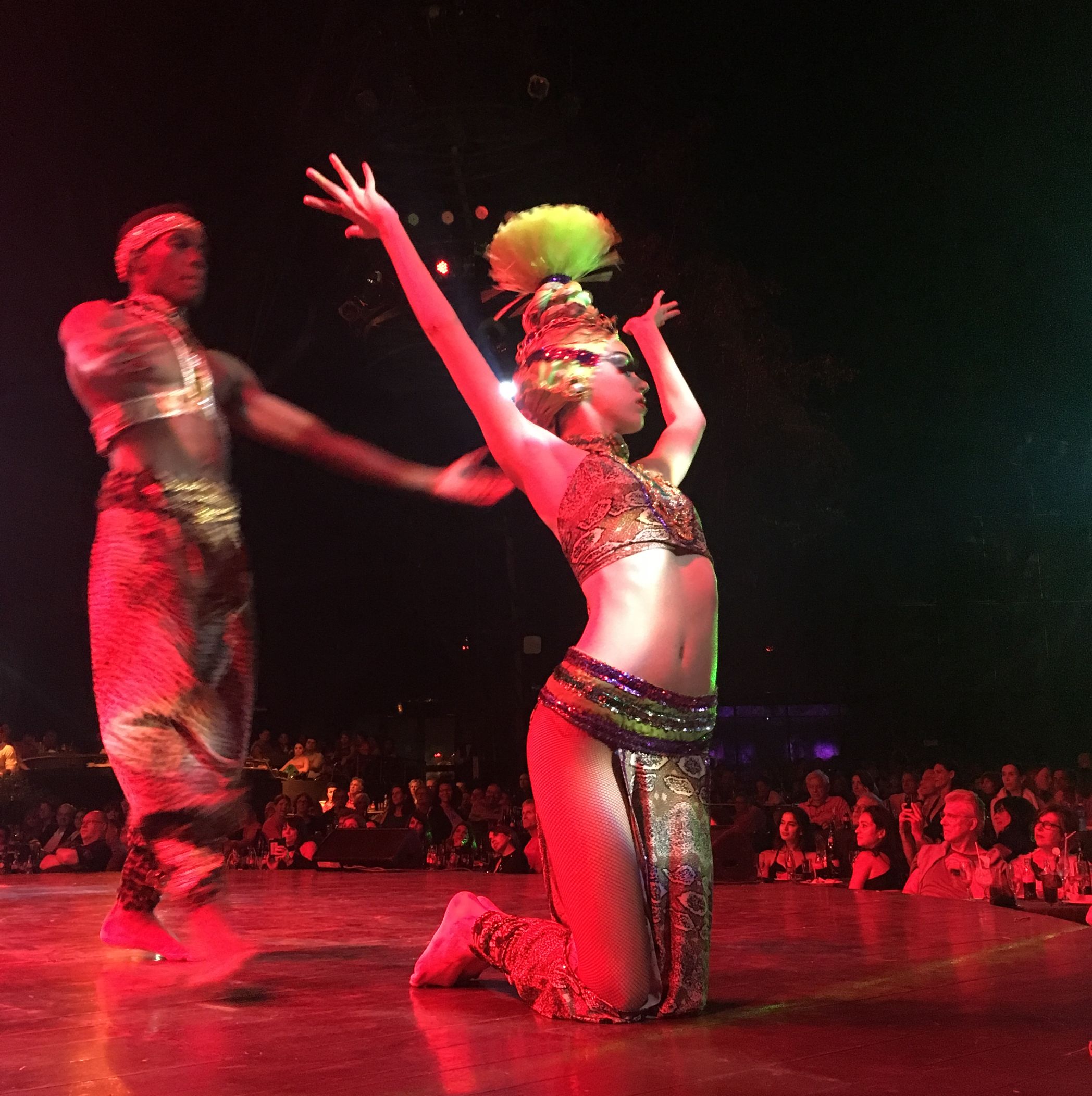 Take an expert-lead lecture walking through Old Havana. Take the opportunity to experience the restored beauty of this colonial heart of the city in this walking tour of Old Havana, led an Architect & Historian from La Oﬁcina del Historiador de La Habana (O$ce of the Historian of Havana). Havana was founded in 1519 by Spanish colonists, growing to become one of the Caribbean's primary shipbuilding centers by the 17th century. The old city was built in the Baroque and Neoclassical styles. It was declared a Cultural Heritage Site by UNESCO in 1982.

Get a private guide for a visit to the Cuban Art Collection at the National Museum of Fine Arts, offering a detailed dissertation on the Cuban art’s evolution since the colonial era to the contemporary art.

We went SCUBA diving in Tarara, but there are also many other beautiful beaches to experience for a day.  The SCUBA company we used was a little “rustic” for my taste, but safe.

Discover Cuba’s revolution history through a tour of some of the capital’s most historic sites. Visit to the Museum of the Revolution housed in the former Presidential Palace.  Finish the tour at Revolution Square, a symbol of Cuban socialist Revolution.

Do not miss a visit to the former Ernest Hemingway Estate, Finca La Vigia, located in the town of San Francisco de Paula.  On the way back to Havana, Take a tour of the village of Cojimar, which provided the inspiration for Hemingway’s novel The Old Man and the Sea.

We hired a guide to take us on a private visits to various artists studios which was wonderful; we took home a huge wood cutting of graveyards looking like a thumbprint which we absolutely love. 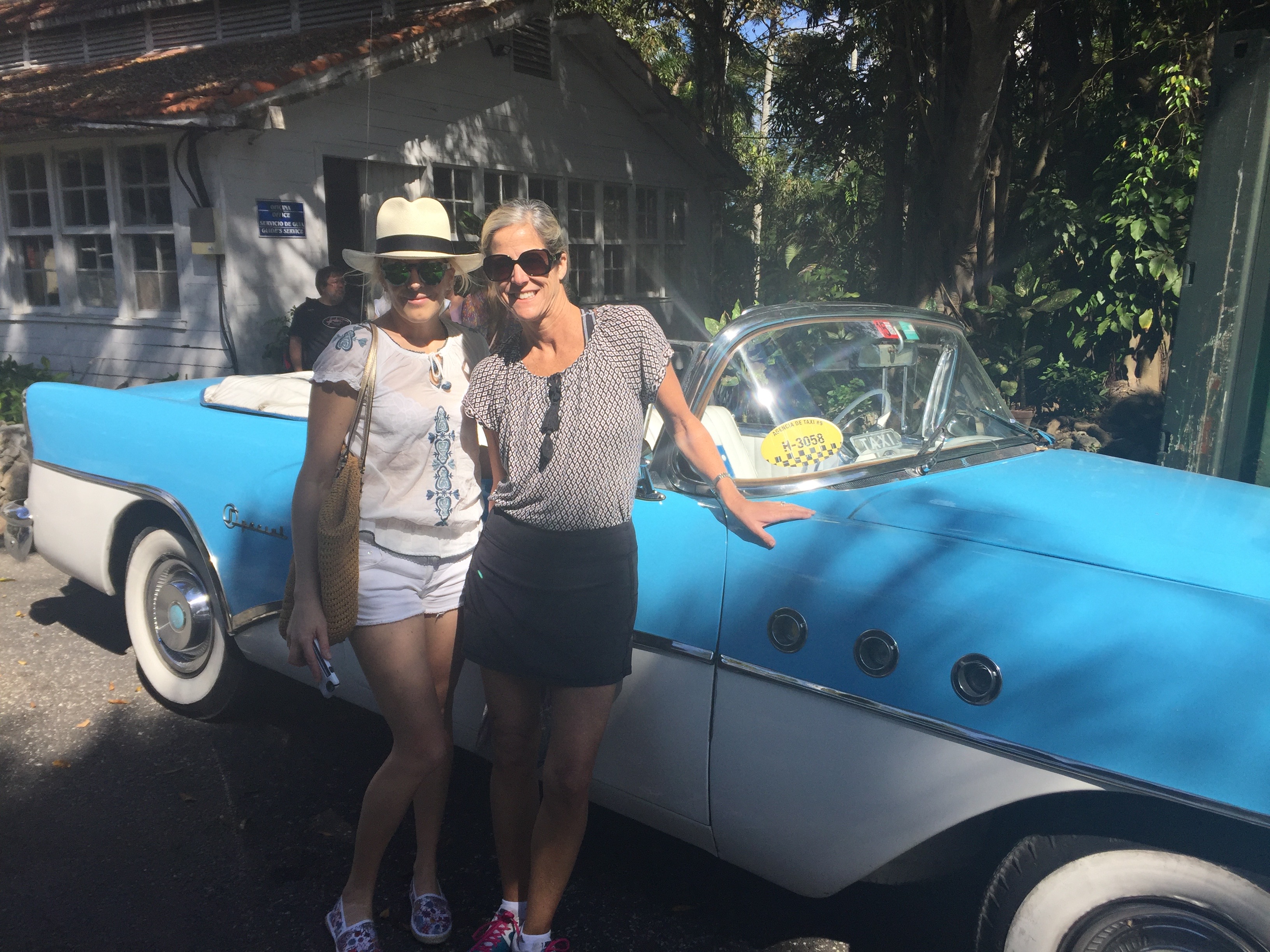 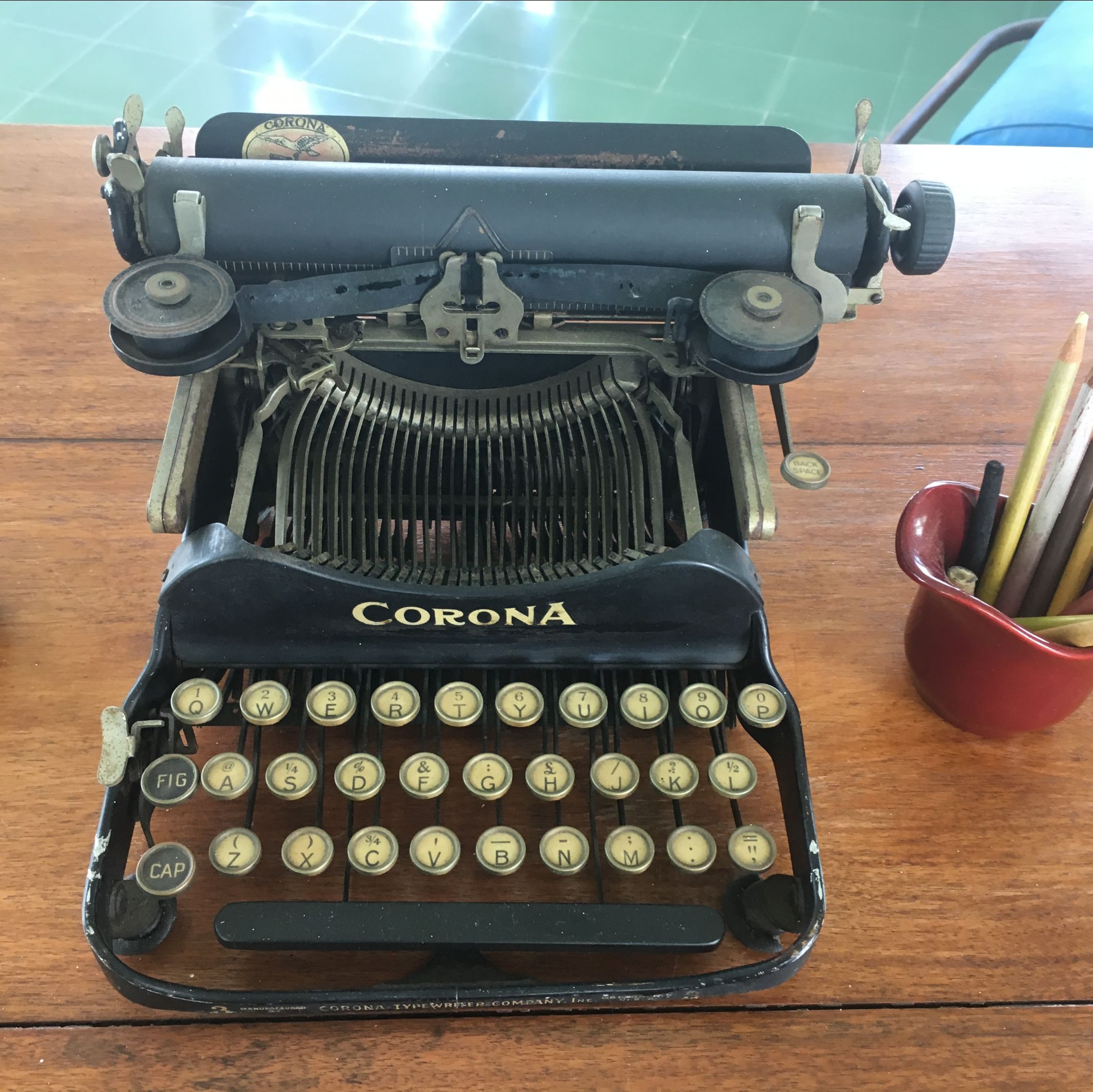 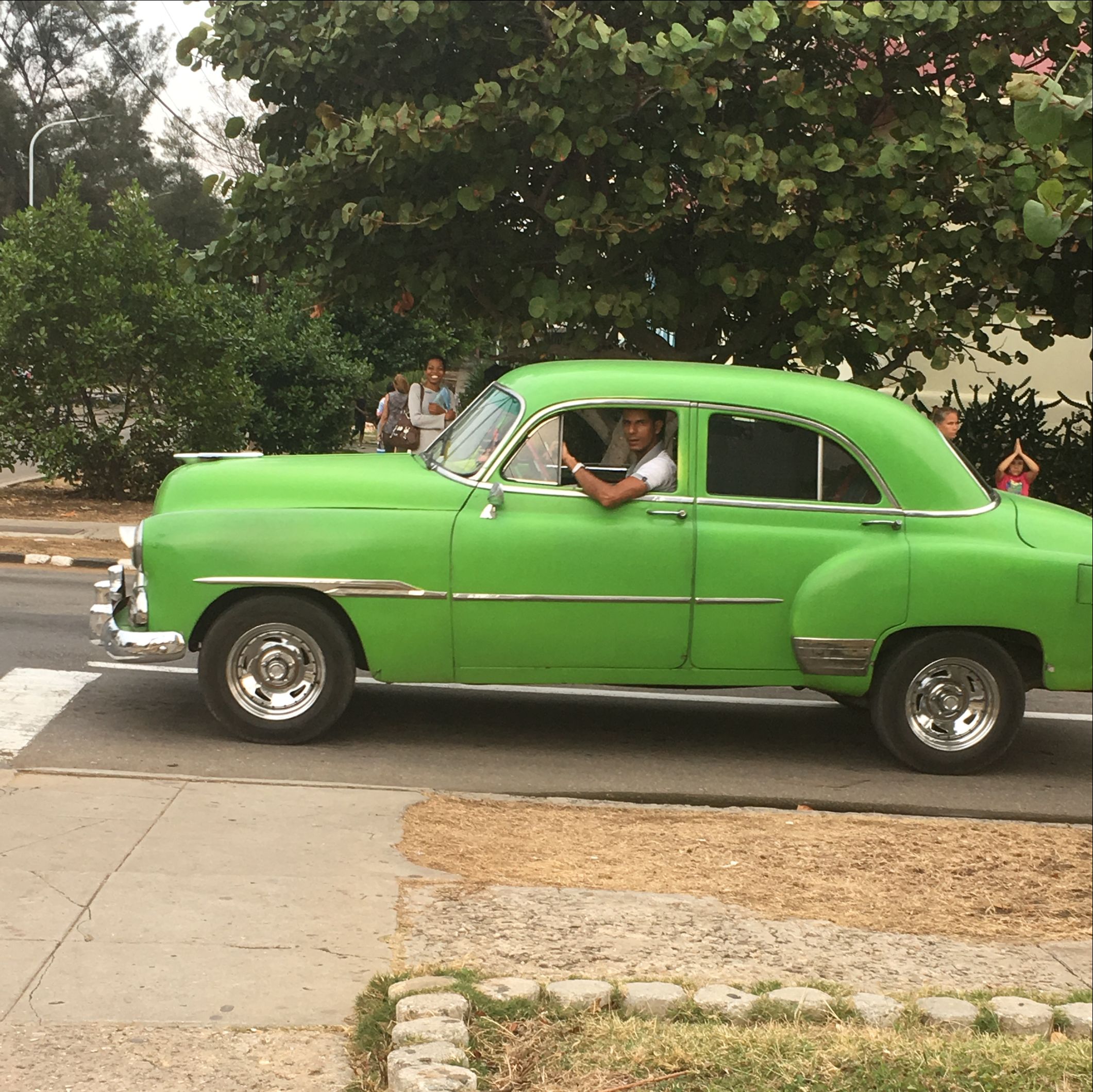 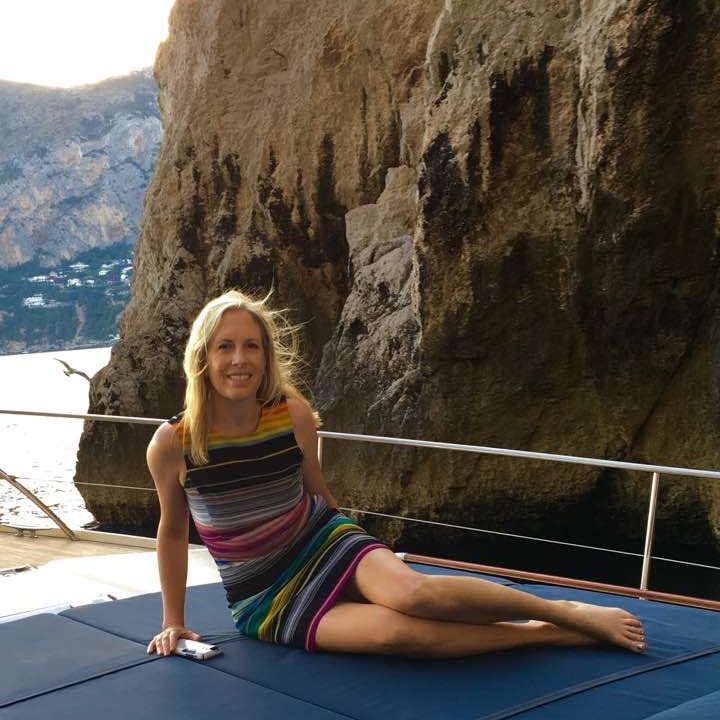